Back to Young Inventor Corner 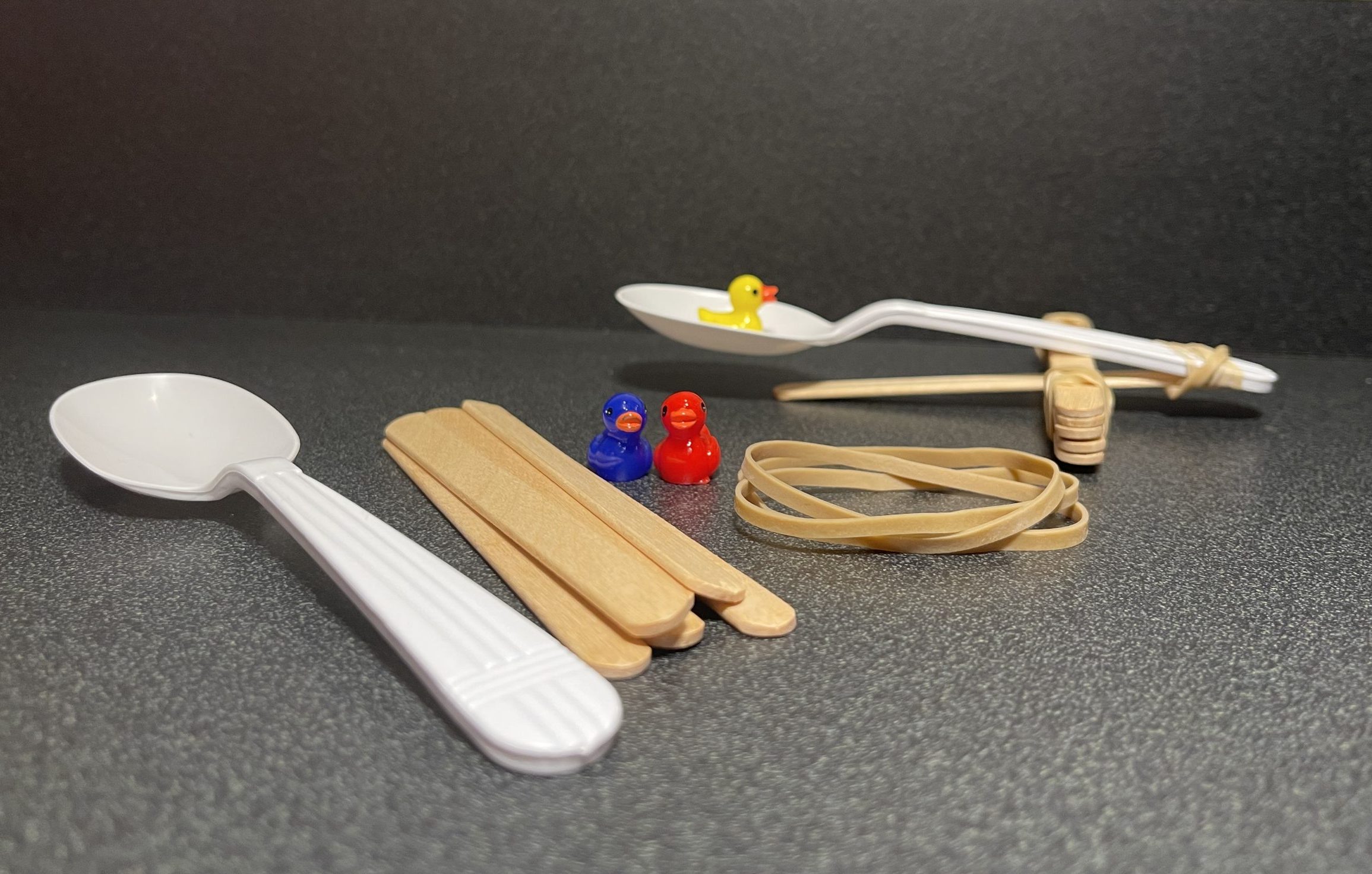 There’s just something about sending an object hurtling through the air that children just can’t get enough of. Catapults lead to so much thinking and learning! Fine motor skills, science, and math are just a few subjects that catapults help children learn about. Have you and your children ever made one, or played with one… inside the home?

Well, this month we want to make it happen! Let’s do a fun STEAM based catapult experiment your child can do no matter the weather! All you need is a few simple materials to get started and have endless fun!

Question: Which material will make the catapult shoot the farthest?

Hypothesis: If the material is heavier then…

*Make sure to ask your #younginventor his hypothesis before moving onto the next step.

Why do the objects launch?

When we pull down on the catapult we are building up potential energy. As Newton’s third law of motion states, an object at rest stays at rest until a force is applied, and an object will stay in motion until something creates an imbalance in the motion. Every action causes a reaction. As you pull the catapult back you can feel the energy build up as it wants to snap back into place, releasing the catapult and all of its energy causes your object to go flying! But that’s not all – gravity also comes into play here as you can see the object move in an arc, falling towards the ground. 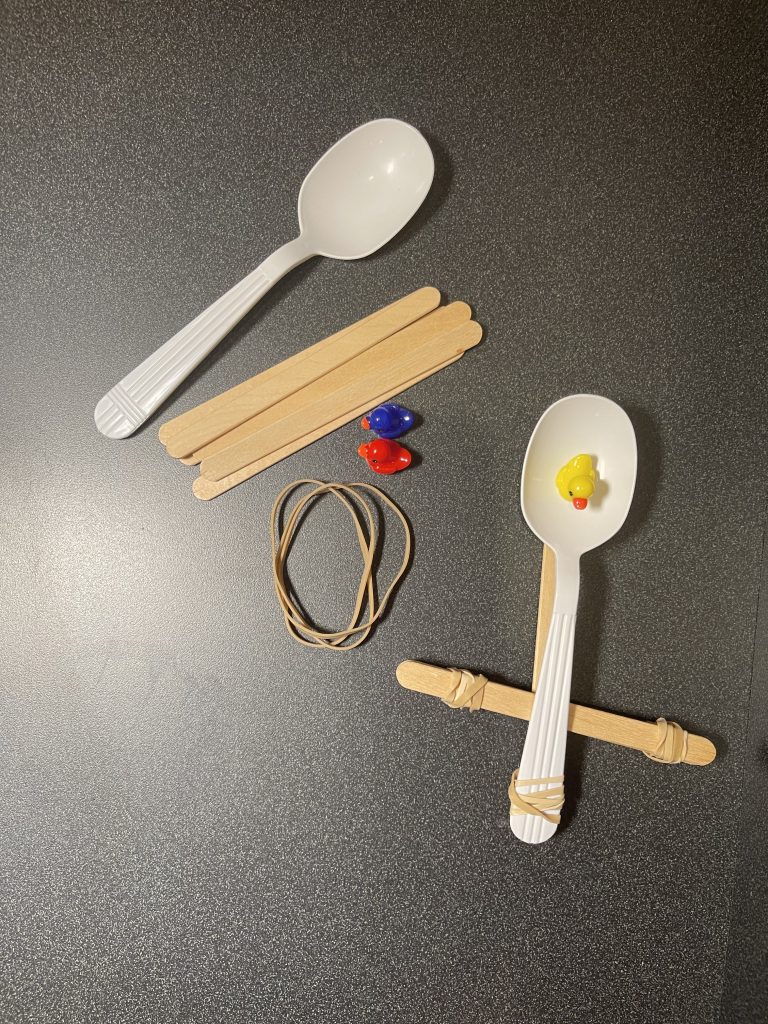 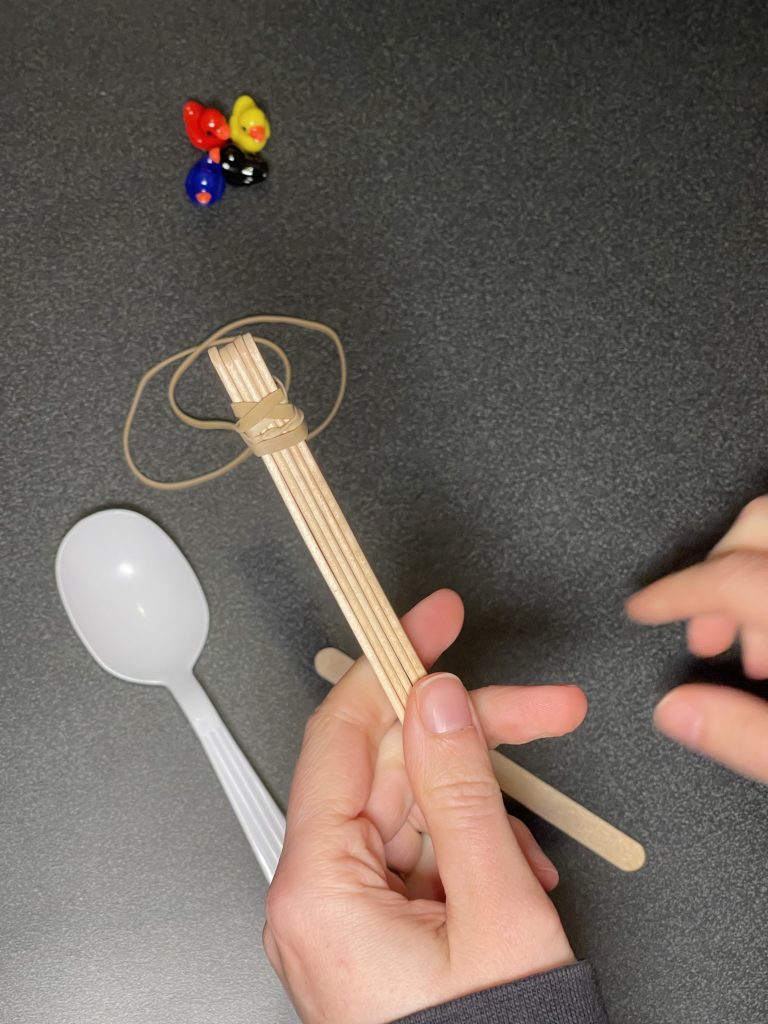 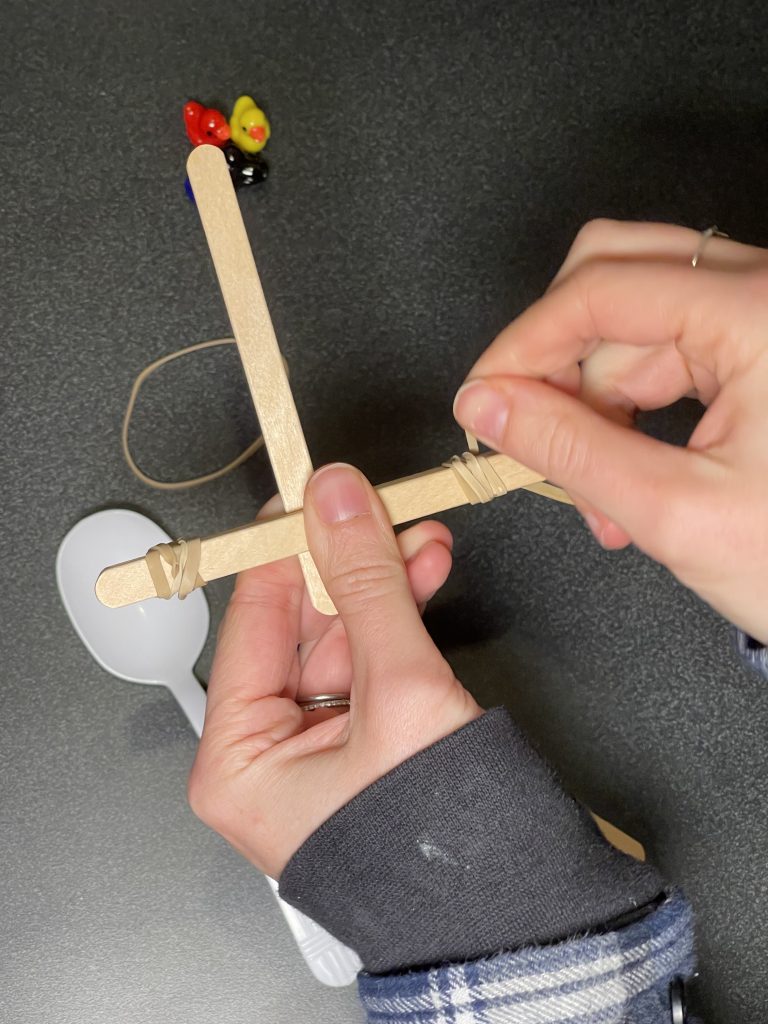 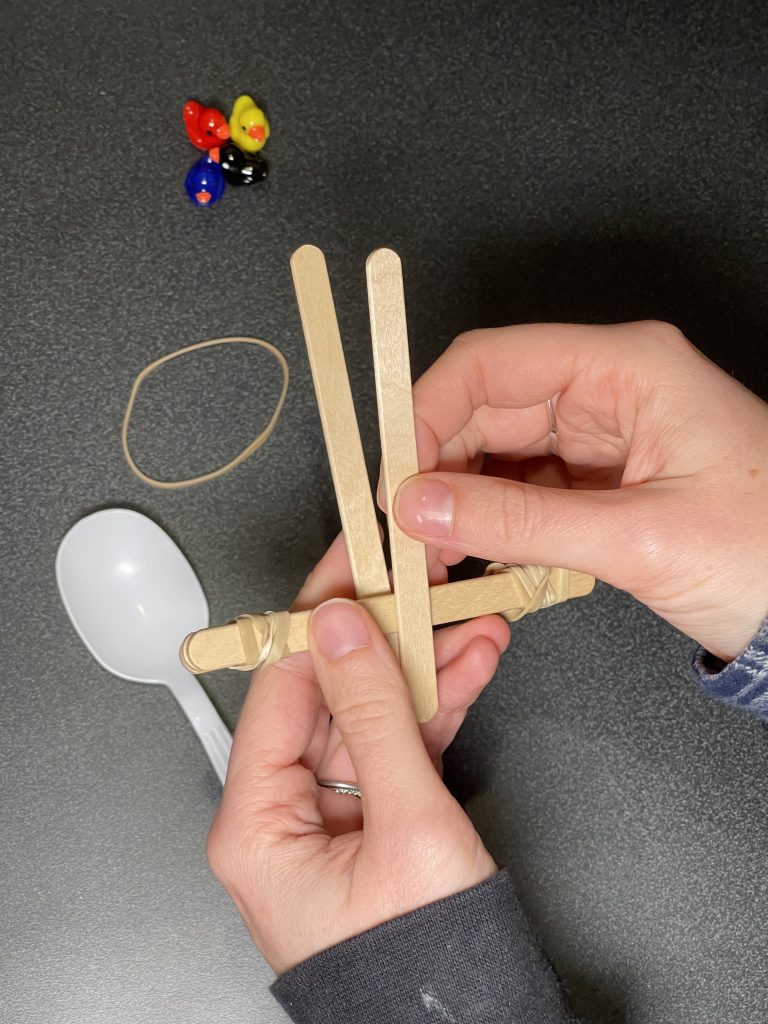 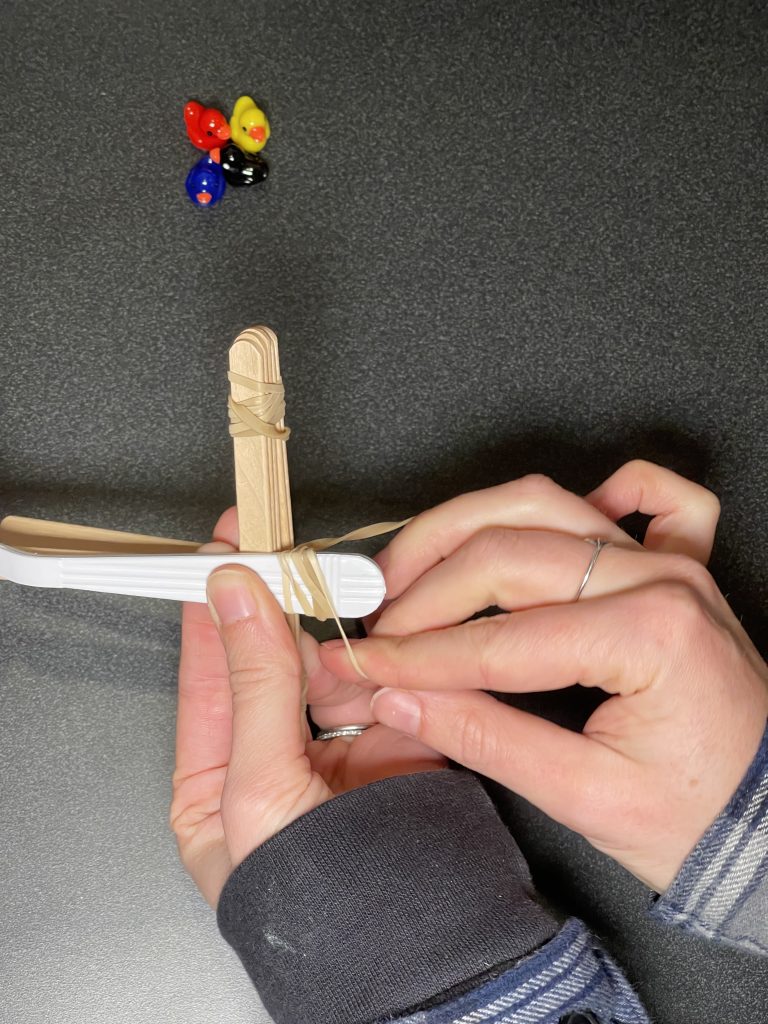 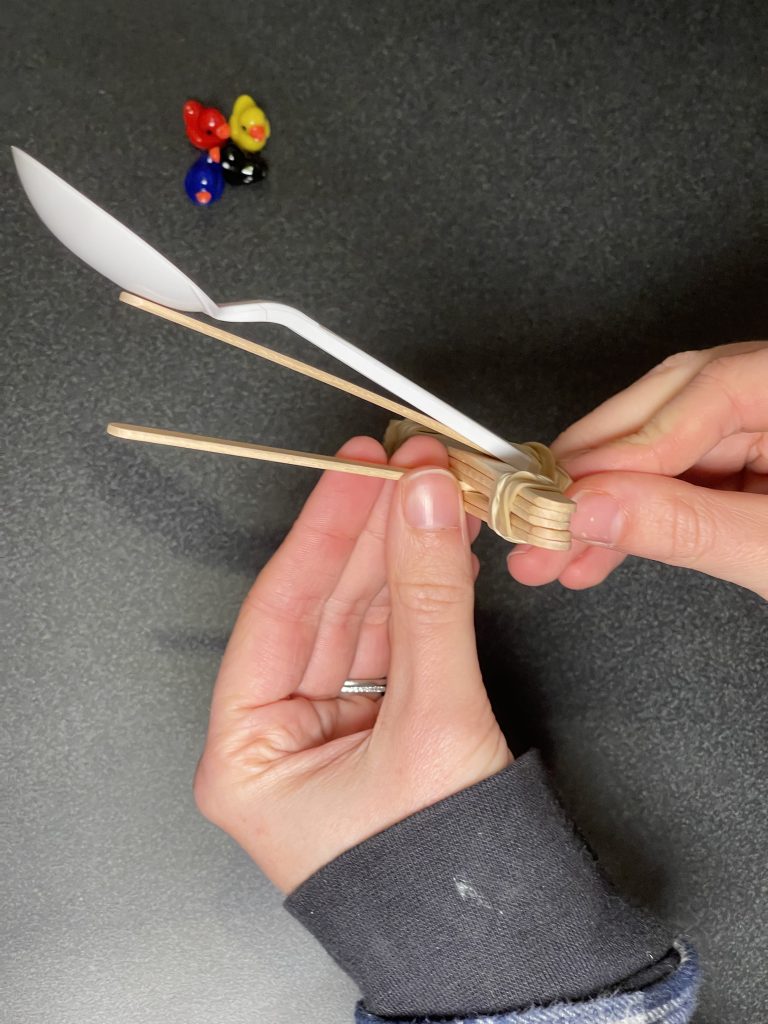 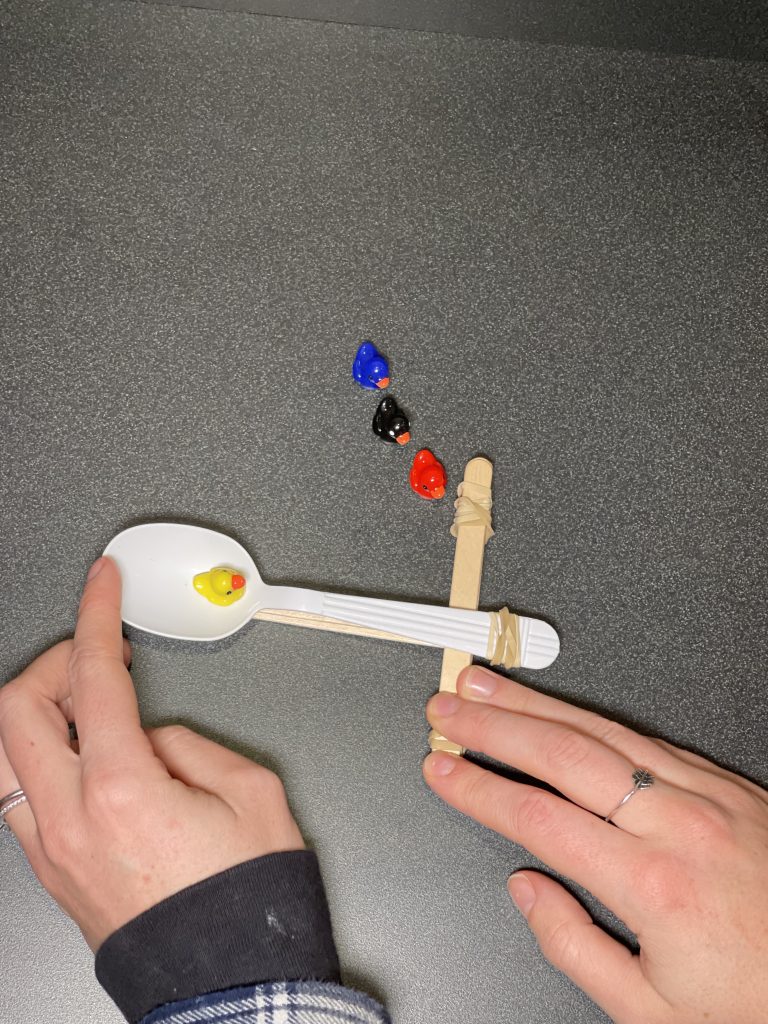 Did you know we have a club designed for children ages 4-12 so they can learn the importance of inventions from an early age? As a member of the club, you and your children will learn all about inventions while completing fun, easy STEAM activities. We hope to spark the creativity of every #younginventor!

Refer an Educator to The Young Inventors Club!

Refer a friend to The Young Inventors Club!